Home » Our Blog » Ghosts of Cumbria: The best haunted places to visit in the Lake District this Halloween

Ghosts of Cumbria: The best haunted places to visit in the Lake District this Halloween 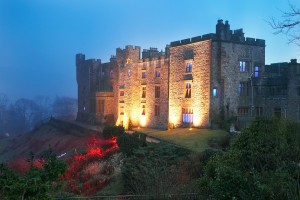 The Lake District is truly full of wonders. There are soaring mountains, beautiful lakes, quaint villages and ancient castles. Each of these places is also home to strange creatures, grisly tales, ethereal ghosts and mysterious occurrences. October is the official spooky season, and Halloween is the perfect time to get up close and personal with the most haunted places in the Lake District.

Come and take a short break in the Lake District and immerse yourself in the macabre, the mystifying and the hair-raising. From the ghosts of Calgarth Hall to the infamous Coffin Route, we’re going to help you discover the spookiest attractions the Lake District has to offer.

View our latest special offers at Craig Manor, you’ll always get the best deal when booking direct with us.

The Lake District has millions of visitors each year… but not all are earthbound. The murky depths of the lakes, old creepy castles and ominous mountain peaks all hold something mysterious or terrifying.

So, without further ado, it’s time to discover the horrors of the Lake District’s ghosts, myths and legends.

1 – The Haunting of Calgarth Hall

Calgarth is an infamous manor house from the sixteenth century. It was owned by Kraster Cook and his then-wife, Dorothy. Little did they know the treachery that was about to unfold in their lives. Their long-time neighbour, a local Justice by the name of Myles Philipson, set his sights on Calgarth Hall, despite being spurned at every turn.

Justice Philipson decided to take the law into his own hands, accusing the Cooks of theft. As a justice he managed to push through this wrongful conviction, condemning them to death. Right before they died, Dorothy Cook put a curse on Calgarth Hall. She promised that their screaming skulls would haunt the manor while Philipson drew breath in the building.

And sure enough, when the Philipsons took up residency in the hall, two screaming skulls did too. They tried everything they could to be rid of them, including drowning the skulls in the lake, but their screams always returned to reverberate around the manor. Upon Myles’ death, his son sold the hall and the skulls haven’t been seen since. 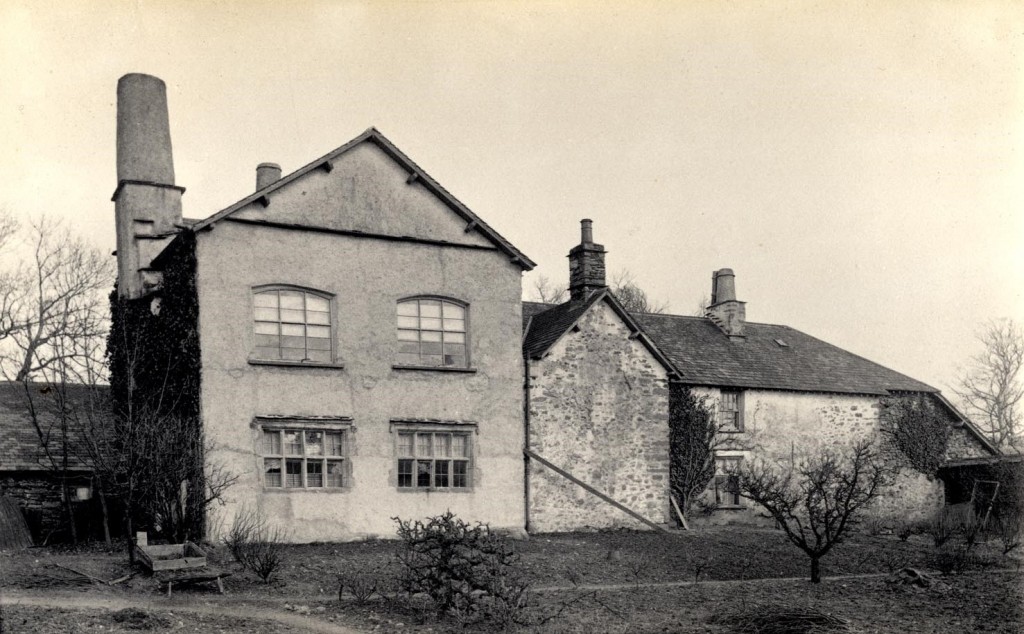 Lake Windermere has a number of fiendish myths of its own. Centuries ago, when the winds whipped the trees and rain lashed down into the lake, the ferrymen at Ferry Nab would swear they could hear ethereal calls pleading with them to bring their boats across the water.

One young ferryman scoffed at their fears, thinking he was braver than the rest. He jumped into his boat and rowed across. When he returned he was so terrified at what he’d encountered that he could no longer speak. He died the very next day. The superstitious locals asked a monk, who resided on one of Windermere’s islands, whether he could exorcise the ghost.

On Christmas Day itself, he took his bell and bible across the lake. Unable to truly exorcise the ghost, he managed to confine it to the quarry and woods “until men should walk dry-shod across the lake”. There are stories to this very day of walkers being followed by a sinister figure in a hood when they approach the heights of Claife at dusk. 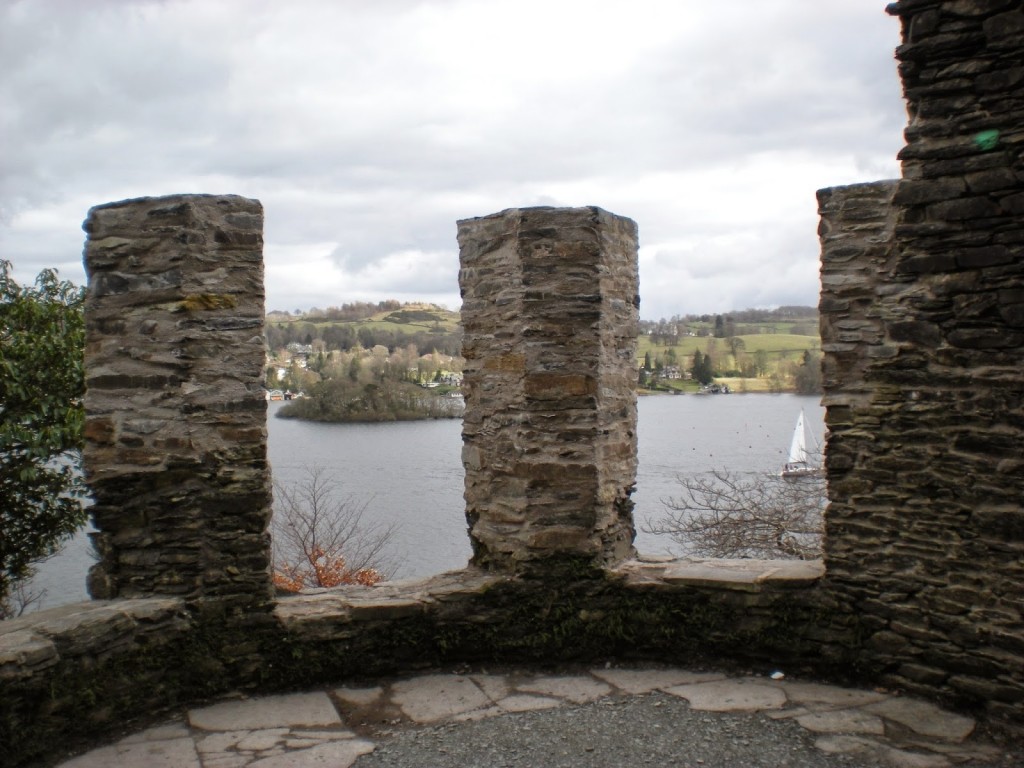 3 – The White Horse of Windermere

The White Horse of Windermere is, as legend has it, a warning.

It’s said that whenever there is imminent danger to the surrounding area, a ghostly white horse will walk from one shore of the lake to the other. Take heed of the horse’s warning at your peril!

Bowness has an extraordinary creature of its very own; the Tizzie-Whizie. This tiny terror was first spotted by a boatman around 1900. The boatman entertained the tourists staying at the Stag’s Head Hotel with anecdotes about his encounter with the creature. The shy creatures are said to love the water and, supposedly, have the body of a hedgehog, the tail of a squirrel and a pair of wings, like those you’d find on a bee.

A quote from “A Boatman’s Grandson” stated:

“This one was captured in 1906, struggling and squealing, it was rushed to Louis Herbert’s Photographic Studio, opposite St Martin’s Church. Having calmed it down with some warm milk and morsels of ginger biscuit he took this immortal portrait of the Tizzie Whizie, before it jumped off his table and flew out of the window to regain its freedom.

It had a very faint cry, which could just be heard if you had your ear at water level. Many thousands of postcards were sold from this one photograph. The boatmen used to conduct Tizzie Whizie hunts and the evasive Tizzie Whizie would invariably finish under one of the piers and one of the tourists engaged in the hunt would be ‘accidentally’ pushed into the lake. Sometimes the boatmen would say that it had escaped to Belle Isle and if any of the hunt followers wished they could be taken across the lake to look for it. When asked why they couldn’t see it flying across the lake, the reply was ‘because it was a very good underwater swimmer’.” 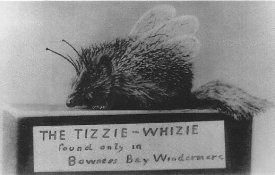 The imperious Muncaster Castle, in the Western Lake District, is said to be the home of a number of unexplained and mysterious events. There are a number of different phenomena that are yet to be explained. It’s noted as one of the most haunted castles in the country.

A glass cup, which is said to have been gifted to Sir John Pennington (the then owner of Muncaster) by Henry Vl was given with the assurance ´the family shall prosper so long as they preserve this cup unbroken.´ The cup is said to be unbroken still, but there are plenty of ghostly happenings at Muncaster which cannot be explained.

Tom Fool, or Thomas Skelton, is said to be a spirit that plays tricks on people in the castle. While the Tapestry room is noted for a number of eerie happenings, from footsteps to doors opening on their own. Many have said they’ve heard a child crying near the window, or heard a lady singing.

The Muncaster Boggle, otherwise known as the White Lady, is supposedly haunting the gardens too. She’s said to be the ghost of a young girl who was murdered on site. 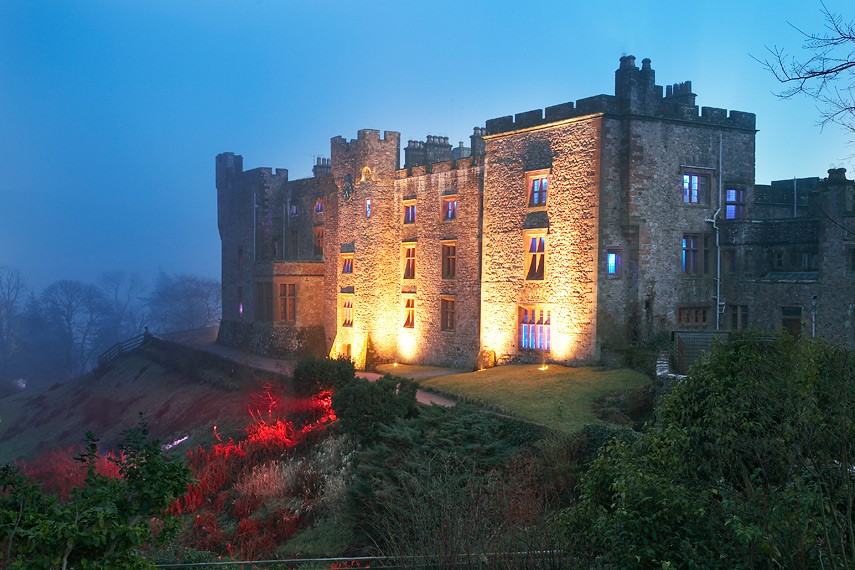 Spoken of by many as one of the most haunted hotels in Britain, the Kirkstone Pass Inn is said to be the home of Ruth Ray’s ghost.

Ruth was said to have been caught in a sudden and deadly change of weather when she was walking along the pass from Patterdale. She sadly lost her life in the heavy snowfall and, when her frozen body was found, they also discovered her baby. The baby had, miraculously, survived and was taken back to the inn. It’s said however that Ruth haunts the inn itself, forever warning visitors of the danger they face when walking the pass. 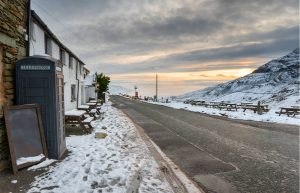 There were three skeletons unearthed in the living room a number of years ago, and it’s said a dark shadow has been seen in the room. The current owner has said he’s seen the ghost of an old Cavalier walking the hallways and the tunnel that connects the house to the nearby church has had a number of unusual phenomena occur. There’s been enough activity that the TV show Most Haunted came for a visit.

8 – Bricked in at Carlisle Castle

Carlisle Castle is nearly 1000 years old, and a building as old as that, with such a turbulent history, is bound to have a story or two to tell.

In the 1800s, when the castle was still being actively used for military purposes, walls were being put up and taken down to house more soldiers. On one such occasion, the body of a Scottish lady was discovered in the wall crevice. Or at least, her skeletal remains. She was believed to have been bricked into the walls whilst she was still living and breathing, then left to starve. She was only recognisable as Scottish due to a piece of tartan and some rings that were on her fingers.

It’s said that since her remains were unearthed she has haunted the castle. Appearing as a woman in the night to guards and visitors. 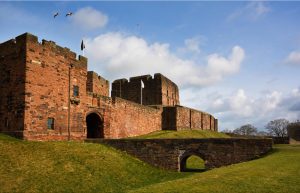 9 – The Grey Lady of Levens Hall

It’s said that a gypsy woman was turned away from Levens Hall in the 18th century when she sought shelter from the cold. Before her dying breath, she cursed the hall and all who resided in it. For nearly two centuries, no man was born into the family. In 1896 the river froze over and the white fawn was born to the herd of black deer. That same year Alan Desmond Bagot was born into the family.

The ears of the fawn have been kept by the family as an omen. In the years since it’s been said that men have only been born into the family when the temperatures reached freezing point. A Grey Lady has been seen walking the halls and many passing motorists have had to brake to avoid a disappearing woman in the road.

The old ‘corpse road’ was used to carry coffins to the consecrated grounds at Grasmere for burial. While no such journey is taken today, these paths are rich in history and superstition. Long were the paths of the dead avoided by those who could. Now, you can enjoy a pleasant walk that connects Ambleside, Rydal and Grasmere while you follow in the slightly morbid footsteps of the coffin carriers.

You can check out our guide on things to do in Ambleside. 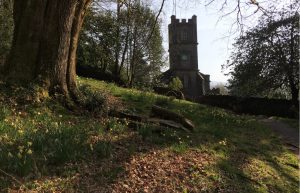 Not wanting to rest too much on its haunted laurels, the Lake District is also known for a number of its spooky place names too and each is perfect to add to your Halloween tour of the lakes.