Home » Our Blog » Films that Feature the Lake District

Films that Feature the Lake District 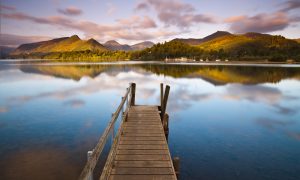 It’s no secret that the Lake District is one of the most beautiful parts of the UK so every year, people come from far and wide to visit the spectacular natural beauty of the Lakes. However, it’s not just holidaymakers who head to the north of England every year for a jaunt in the countryside. In fact, the Lake District has become particularly popular with filmmakers, looking for beautiful locations to serve as the backdrop for their films. Have you spotted the Lakes in any of your favourite films?

Swallows and Amazons is the enchanting story of a group of children who spend the summer exploring the outdoors, sailing across the lake and tracking down burglars. The story, written by Arthur Ransome was set in the Lake District, specifically Windermere and Coniston.

This dark retelling of the classic fairytale features an all-star cast with Charlize Theron, Kristen Stewart, and Chris Hemsworth as the leads. The grown-up twist on the childhood favourite sees Snow White donning armour to battle the Evil Queen, turning the once gentle and docile character into a warrior princess.

Filming locations include Cathedral Cave in Little Langdale, Blea Tarn and the Langdale Pikes. Some members of the all-star cast were even spotted in an Ambleside pub during filming.

28 Days Later is a zombie film that took the movie world by storm back in the early 2000s, reimagining the genre and putting a distinctly British spin on it. The film sees a post-apocalyptic Britain after a virus takes over the population, turning those infected into zombies. A group of survivors attempt to navigate their way out of London and head north with the hope of being saved.

The film ends with the remaining survivors finding refuge in a cottage near Ennerdale Lake with an aerial shot showing off the local area.

You probably wouldn’t expect to catch a glimpse of the Lake District in one of the biggest franchises set in space, but if you look closely, you’ll be able to spot some familiar lakes and fells in a number of scenes. The first in the sequel trilogy films features some familiar characters who are involved in the Resistance, opposing the First Order.

Derwentwater features heavily in a number of scenes, although you might notice that some elements look a little different as CGI was used to edit the scenery surrounding the area.

This classic film tells the story of a chance encounter of two people who quickly fall in love with one another despite the fact that they are both married. Much of the story is centred around the train station where they first met and which sees some of the most important moments of their affair.

Carnforth Train Station was the location of much of the film and you can visit the refreshment room where the couple met if you take a trip to the station. There is also a scene filmed at Middle Fell Bridge in the Langdale Valley.

The Lake District provides a romantic, magical, and inspiring location for many filmmakers, but it can also be the backdrop for your next holiday. Come and visit the area and see if you can spot the many places that have now been immortalised on film.